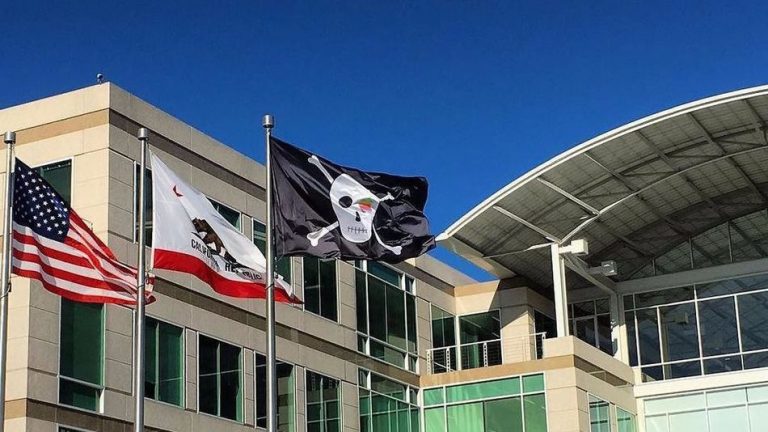 Flying the Pirates Flag for Innovation

Over the last few months, I’ve had the joy of working with several companies on how to turn their innovative ideas into operating businesses. Many companies are often full of innovative ideas, but find it difficult to incorporate them and execute. I often recommend the book “Organizing Genius” by Warren Bennis. Although it is almost 20 years old, it is still one of the best books on this subject.

Based on this book and my more recent experiences in Silicon Valley, I recommend three key elements to successfully bring innovative ideas closer to business fruition:

Celebrating its 40th anniversary, Apple once again flies a pirate flag in front of its headquarters in Cupertino. The pirate flag has an important place in Apple’s history. In 1983 it was anointed as the symbol of the rebellious team around Steve Jobs, which eventually created the legendary Macintosh computer.

But why was the pirate flag so important for Apple in the early 80’s? Steve Jobs purposefully wanted to create a team away from the growing Apple Inc., which lost much of its startup culture. He wanted the Macintosh team to be free, and creative.

Apple did what many others also did — Lockheed Martin, HP, Xerox — they disconnected their innovation teams from the existing organization. Completely. These pirate teams were placed in different locations, were not bound by any corporate rules, and created their own culture. This was crucial to ensure that these teams attracted some of the best innovative talent and stayed focused on their development.

The Signatures Nobody has Seen

Innovators and entrepreneurs share many traits. Many of them are introverts, but also like to be recognized for what they have contributed. Have you ever looked inside an Apple Macintosh? One can find the signatures of all the team members inside here. You have to break a Macintosh open to see it, but this was all the recognition these innovators wanted.

Similar to artists, innovators leave a signature of their work. Some software developers have a certain way of writing code that leaves their signature hidden in the code, only to be found later by real specialists.

These examples show that giving innovation teams recognition is important, independent of whether they were successful in their development or not. Giving such recognition is not straight forward and does not necessarily follow the human resources policies of a corporation. However, understanding the people behind the innovation teams, their needs, and their motivations is essential in the long term growth and success of any company.

An Ambassador to Connect the Corporation with the Innovation

Even with all the freedom innovation teams require, there still needs to be a connection to the corporation. Creating, maintaining and managing this connection can be difficult without jeopardizing the independence of the innovators and the culture of the corporation.

My recommendation is to have an ambassador serve as the back and forth between the innovators and the corporation. This ambassador needs to be a seasoned person with the experience of an executive in a corporation, but also with the acceptance of the innovation teams, which should come from personal startup experience. Finding such people is not simple, but they are the key to success.

On the corporation side, these ambassadors should report directly to the board and have their trust and their ears. The ambassadors would fully understand the corporate culture, red tape, and decision-making processes. If a company takes innovation seriously, it needs to give ambassadors direct access.

On the side of the pirates’ teams, the ambassador’s role is much more of one as a mentor and facilitator. This requires being accepted by entrepreneurs, understanding their professional life choices, and speaking a similar language from experience. Only then can they carefully steer the team, drive for results, and translate the corporate vision for the team as relevant.

With a strong foundation in the Mittelstand, Europe has an exceptional starting point for innovation. But in order for innovation to truly fly, the innovators and entrepreneurs must be set free from the established organizations.