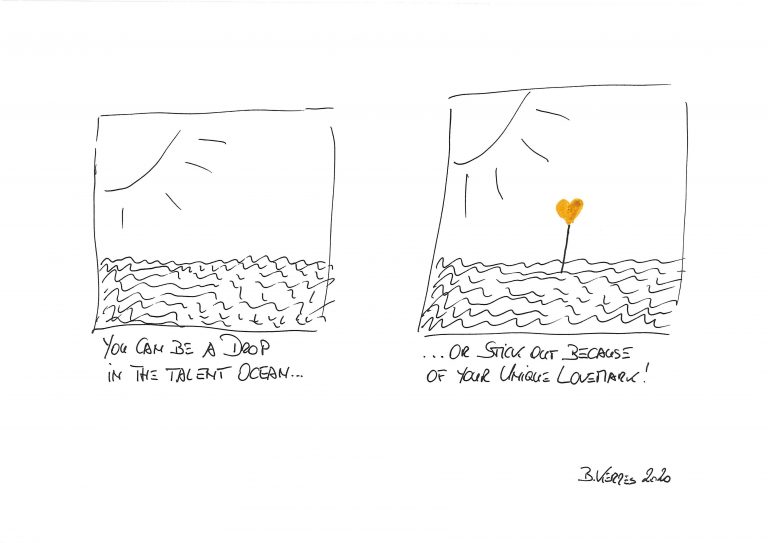 Especially musicians often have the feeling of not being good enough. I have seen the greatest stars coming off stage after a tremendous concert with the house on their feet, looking worried and unhappy about their performance. They felt they were not good enough.
Today we have a name for that: It is the Imposter Syndrome. The Imposter Syndrome is a psychological pattern in which a person doubts their skills, abilities, talents, and accomplishments. They have a fear of being found out as a fraud.
While the Imposter Syndrome is more evident in my practice with my musician clients, I also see it with my corporate clients. It is more hidden in executives and entrepreneurs than in musicians and scientists. It takes longer to unearth it and address it with executives and entrepreneurs, especially if they are male.
Musicians, particularly instrumentalists, have started making music often in their early childhood. They mostly started studying music and practicing sincerely before they were ten. When they enter music college or university, they have probably seriously practiced more than 6,000 hours. This is already pretty close to the 10,000 hours that Malcolm Gladwell calls the “magic number of greatness” in his book Outliers, an idea derived from K. Anders Ericsson’s research, although Ericsson disputed that there was a single magic number.
Still, when musicians enroll in university, they have more focused practice hours than anyone else starting university. Or can you name an accountant, an engineer, a lawyer, or a doctor who already worked full-time for four years before entering university?
Therefore it is even more surprising that I see facets of the Imposter Syndrome more often in musical clients than in any others.
Musicians find themselves much earlier among colleagues who have achieved Gladwell’s “magic number of greatness” than any other profession. Still in their early twens, musicians are part of a pool of greatness among outstanding colleagues and great professionals.
In contrast to sports, there is no objective measure of who is better in such a pool of greatness, even though some musical competitions suggest that. In sports, one can measure the speed of a run, the length of a jump, or the number of goals. Sports have rank tables, different leagues, and championships. At any given time, anyone can look up who currently is the best tennis player in the world, the fastest Formula One driver, or the athlete with the most Olympic medals. Not so in music. Neither in management, engineering, nor most other professions.
Why is it the Imposter Syndrome so prevalent with musicians and other top professionals who are all part of the pool of greatness? Probably because the differentiation in that pool is so tricky. A musician sees hundreds of other colleagues around, wondering how one can ever compete against this considerable number of great professionals.
So how can a musician differentiate herself from her great colleagues? When I wrote the career handbook for classical musicians, Be Your Own Manager, I came across Kevin Robert’s book, Lovemarks. I wondered if and how this applied to musicians. Today, I realize that the concept of lovemarks is one of the strongest ones I teach. Lovemarks boils down to the question of what makes a brand unique, not only in its technical qualities but also in its emotional connection. One can apply this concept to musicians, or to any professionals for that matter.
After entering the pool of greatness, having worked on the core subject for 10,000 hours, the question is not anymore, am I good enough, but what makes me unique. Within having done one’s 10,000 hours, one is qualified for being a professional among many other great professionals. One has earned the qualification for a race or a tournament. Only that in the professional world, this is neither a race nor a contest. There are no winners nor losers.
The many price winners among professionals – be it musicians, lawyers, doctors, or others – have successfully created their lovemark for what and how they do something. They found their unique spot. A pianist focusing on contemporary music, having many new works written for her does not need to compete with another pianist focusing on Mozart, Beethoven, and Haydn. But this was just a simple example. Many musicians, I had the honor and joy to work with, discovered their own, often very personal lovemarks, making them beautifully unique. Suddenly the question isn’t anymore, “Am I good enough?” but “Do I follow my lovemark?”
While taking musicians as an example makes the point – hopefully – more apparent, it is as accurate for any other profession. As a true professional with proper training, exercise, and experience, one can rely on achieving greatness. There is no need to question that anymore. But the journey on what makes us unique among our colleagues is fascinating.